Recently, I got called a name. Even though I am an adult, it stuck with me. The words were uttered by a stranger, yet they had more of an impact than if they had been said by a close friend.

She called me a good mom.

Those two words carried me through the whole weekend and beyond. Granted, she was a stranger. She caught me in one of my better moments and she minimal context for her statement. But, I’ll take it.

The girl and I were walking through the mall. It was a more upscale mall than the one in our town. She needed shoes and the kids’ shoe store was located in this particular mall. I had anticipated being in and out in under 30 minutes. We didn’t have anywhere else to be, but we had already been to the doctor’s office and Target, so I assumed the girl was about done.

We got in and out of the shoe store with minimal tears (nothing she wanted was in her size) and then headed out into the mall area. The mall was filled with enticing sights and adventures: the escalators, the fountain for throwing pennies, the skylights, the big chairs to sit and rest, the closed up store with its dark curtains enticing you to wonder what was coming next, the indoor play space, and finally, the idea that we would be eating in the mall.

We were there for over 2 hours.

The lady’s comment came as we were walking toward lunch. The girl is too heavy to carry, she refuses to hold my hand, and she spent so much of her very early years refusing to leave my side, I let her go as often as I can. This however, does require a lot of extra time to get to any destination. Two-and-a-half-year-old feet only travel so fast when there is so much to see.

Two women were in the mall walkway having a conversation. As we walked by (slowly), the one woman remarked about how I was such a good mom because I had so much patience for this journey. I smiled and we went along on our way.

When the girl and I started off our mall adventure, we had only one small destination in mind – shoes. After that, everything else was just a part of the journey. Fortunately, the journey is where some of the best things happen.

She learned how to ride an escalator.

She learned how to be flexible in picking other shoes.

She learned how to say thank you to people who help you.

She learned to appreciate the world around you when no one else does.

In the classroom, when our end product doesn’t turn out the way we hoped, or we’re not sure whether a lesson was effective, take a step back and think of the journey the students were on. What were the parts along the way that were great? How can we focus on the things that went well along the way while working towards a new destination?

Spring break is coming to an end. I did something unusual this break.

Usually break is a time to get work done, finish work projects, clean my office, etc. Instead, I worked on crafts that I wanted to work on  - I sewed the top of my quilt I’m making, I made a zillion pillows for my nieces’ stuffed animals, I made matching games for the girl, and I read a few books.

It was lovely. Amazing. Rejuvenating.

And now, I’m ready to return to work. Sure, yes, we can joke that it would be great to have a few more days off. But, eventually, my brain begins to thirst for knowledge. I crave the daily adventures of my job and look forward to the conversations and learning that occur throughout. I’m eager to get back into problem solving around student work. I’m interested in engaging teachers in conversations about their craft and practices. I’m ready.

The students will be returning to school after their spring breaks ready to learn, I hope. They have also had time off and are hopefully eager to get back to learning. But, as we continue throughout the remainder of the year, perhaps we can take a small amount of time once in a while to laugh, relax and bring back some of the joy we felt on spring break.

With so much content to cover and so many goals to reach, sometimes it is hard to take seven minutes and just enjoy a good book. While students should know that reading can help them learn and think more deeply, I want them to also know that sometimes books are just fun to read. Sometimes, they just make us laugh. And that is a perfectly acceptable reason for reading a book.

Here’s a list of my recent favorites that are just great ones to share for no other reason than just because.

Dangerously Ever After by Dashka Slater 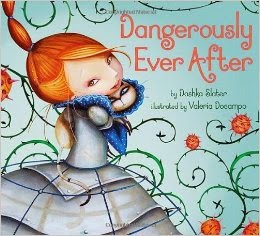 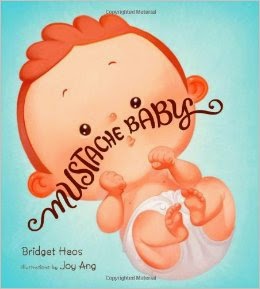 
The Cat, the Dog, Little Red, the Exploding Eggs, the Wolf, and Grandma by Diane Fox 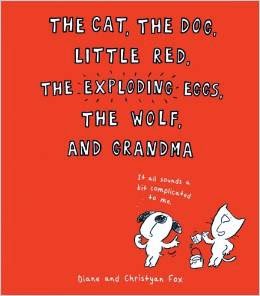