Cute. Pretty. Beautiful. I must have heard these words at least ten times on Sunday.
The girl and I were visiting my parents in Indiana. My niece and the girl were running around playing with grandma’s toys. They had a great time when grandpa would throw a bunch of balls in the air and they would run around and try to gather them up and put them back in the basket.
My niece is almost a year older than the girl, so it is interesting to watch her do things that the girl is not yet able to do. This was also the first time that the girl had an opportunity to play with an older child and she was fascinated with her.
But, during the ball-gathering game, I was struck with how kind my niece was being to the girl. My niece was able to gather at least 3 of the balls in her hands and carry them around. However, the girl was only able to hold one at a time. On two different occassions, my niece handed one of the balls to the girl for her to put in the basket. No one prompted her to do this. No one asked her to share. She simply noticed that the girl didn’t have a ball and she handed one over.
This day stuck with me because of the lack of impact it seemed to have on the other adults in the room. Not long after this interaction, my mother asked my niece, “Don’t you think that the girl is pretty? Are you pretty?”
I wanted to get on my self-righteous soapbox and point out that these girls are so much more than pretty. They are so much more than cute. They are so much more than what they look like. They are kind. They are compassionate. They are caring. When we see them share with one another or do something kind for one another (or even themselves) we have to point it out and emphasize the good they are doing for one another and humankind. I let it go, though. If grandma wants to tell her she’s cute, that’s one of the few places she’s going to hear it on a consistent basis.
Right now, of course the girl is cute. She’s 16-months-old. When she grows up, I want her to measure her beauty within herself, not compared with what society has deemed ‘pretty’. Because, poor girl, the genetic odds are stacked against her. But, more importantly I want her to to be kind, compassionate, caring, passionate, and think about others. Physical attractiveness means nothing if your inside is ugly.

Books to help remind the girl to be strong on the inside: 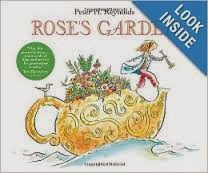 I'm Gonna Like Me by Jamie Lee Curtis & Laura Cornell 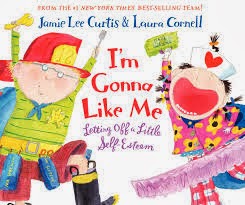 Amelia and Eleanor Go for a Ride by Pam Munoz Ryan 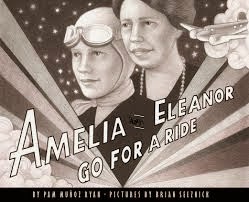 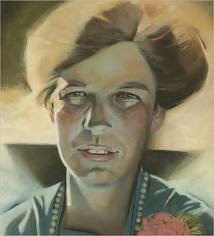